Adam Neely plays four of my favourite pedals that I found at Thomann during #TGU18.

Adam is such a great dude, and such a smart and talented musician. Please follow his channel if you’re not already doing so here!

The pedals are set up the way I would use them, and Adam just has to go with the flow as I engage them. It was a ton of fun and Adam did so well. Afterwards we have a quick talk about how he sees pedals as parts of a synthesizer, and what pedals he would use for the music he plays.

Let's spend the beginning of 2022 looking back at some of the most inspiring pedals that appeared on The Pedal ...

Guitar demo of the latest synthetic wonder from Boss, the SY-200 Guitar Synthesizer. The SY-200 builds on the massive success ...

Over the last couple of years, one of the biggest trends in the pedal industry has been synth pedals. These ... 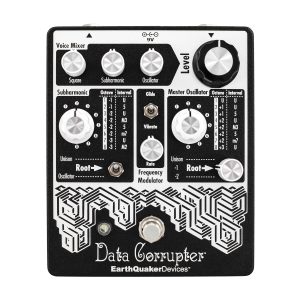