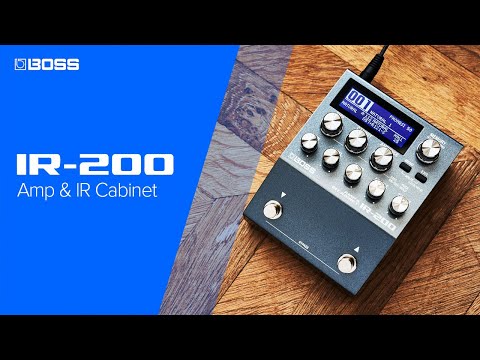 Direct Amp and IR Power for Performance, Recording, and Practice

Introducing the IR-200, the most advanced compact amp/IR solution available. This powerhouse stomp brings next-level performance to direct sound for guitar and bass, offering exceptional audio quality, premium amps, deep sound shaping, and instant sound recall with 128 memories. Over 150 hi-res cab impulse responses from BOSS and Celestion Digital are on board, plus 128 locations for loading your own mono or stereo IRs.

The IR-200 turns your pedalboard into a self-contained direct sound solution for live playing, studio recording, and practice. It delivers massive amp tones from a small footprint and smoothly integrates with all your favorite pedals, including stereo mod, delay, and reverb effects. And once you craft your tones, you can send them to a stage amp, house PA, computer recording system, or headphones—or all at once.

Backed by two powerful custom DSPs, the IR-200 provides exceptional IR performance with support for mono and stereo files, up to 32-bit floating point/96 kHz resolution, and up to 500 ms length for natural bass response. The 144 BOSS and 10 Celestion Digital IRs cover a vast range of cabinet and mic combinations and are always ready to use in your patches. And with the IR-200 IR Loader software for macOS and Windows, you can load in up to 128 mono or 64 stereo WAV IRs from your personal collection.

The IR-200’s inspiring amps sound and feel great to play, and they also interact nicely with drives and other pedal types in front. Eight guitar amps provide go-to platforms from classic clean, tweed, and class A to vintage and modern high-gain, while three bass amps offer rich, punchy sounds from clean to driven. Each amp type features responsive gain, bass, mid, and treble controls for dialing in core sounds quickly, and a noise suppressor is on hand for taming high-gain buzz. It’s also possible to bypass the amp section entirely and use the IR-200’s high-quality cab IRs with an amp/load box setup or external modeler.

Offering deep sound-shaping tools and 128 memories, the IR-200 lets you build a library of setups for every playing situation. Use different amps for different styles, dial things in further with two parametric or graphic EQs, and add some space with one of three ambience effects. Two IRs can be used at once, allowing you to blend tones or create wide stereo sounds. There’s also an effects loop that can be positioned before or after the cab IR section, complete with support for stereo effects, series/parallel operation, and more. And at the end of the chain, two global EQs are available for final sound refinement.

With the IR-200’s display, panel controls, and flexible connectivity, you can perform with confidence on any stage. Grab the dedicated knobs to tweak tones in the heat of the moment, and send independent feeds to a stage amp and house PA via the two output jacks. Scroll through memories with the two onboard footswitches while performing, and control a variety of functions with external footswitches or an expression pedal. MIDI control is also available, allowing you to interface with other MIDI-equipped pedals and devices like the ES-8 and ES-5 loop switchers.

Ready for Recording and Livestreams

Along with its other powerful features, the IR-200 is a high-quality USB audio interface for music recording and streaming software. Dedicated drivers provide a full range of audio interface functionality on macOS and Windows computers, while basic stereo audio streaming is possible with iOS devices. Record tracks and monitor audio with your computer DAW and re-amp sounds through your pedalboard and the IR-200’s amps and cab IRs. Or perform live on your favorite streaming platforms with fantastic direct sound.

Practice, Monitor, and Play Along with Backing Music

The IR-200 is also equipped with a headphones jack for sound monitoring while practicing, recording, or playing live. You can play with normal stereo sound through headphones or switch in a cool surround effect for an immersive and inspiring sonic experience. There’s also a stereo aux input for playing jam tracks or backing music from your phone, a mixer, or another audio device. 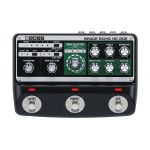 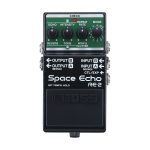 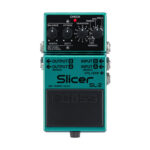 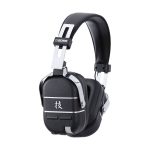 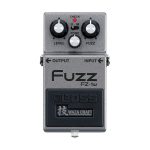